Training Day was a brutally raw movie starring Denzel Washington and Ethan Hawke. Much like the viscerally inhumane nature of the movie, so goes our winter training for the upcoming route climbing season. With short days (often precipitation-laden) and the long cold nights common to North America this time of year it has become increasingly difficult to hang out on routes. Our Buddhist go-with-the-flow nature, combined with the tough conditions, convince us to ditch our rope gear, pull out the crash pads and attempt to recoup lost power after a long season of route climbing.

An influential friend and past training partner, Doug Walker (an SLC based badass), enjoyed asserting with religious fervor his personal wisdom regarding the importance of power training for rock climbing. He surmised that climbing supremacy was best achieved by taking extended periods of time off from routes to focus solely on power training, ideally through bouldering. He would frequently toss out valid examples like Daniel Woods, Chris Sharma and Sean McColl. Doug and I climbed  together in the late 90’s when these young role models were transcending the perceived limits of climbing performance at a very young age.

Taking Doug’s wisdom in hand, I wisely left behind the conventional voluminous workouts of the previous generation in exchange for pulling harder and resting longer. Doug’s advice was effective as he coached me through my first 5.14a at the ancient age of 43. (Editor’s note: 43 was thought to be too old for that level of climbing during that era).

Maggie and I continue to climb and train with a similar approach. Periodization of power development has been our key to progression. Ideally, we like to take off three or four months every year to focus on power enhancement, however, with an upcoming departure to Kalymnos, an endurance climber’s mecca, we are forced to condense our power training into a short two month period this year.

We do our best to hit it hard all day in the boulder field three days a week. Après bouldering we return to camp to finish our training on our portable tripod. Weighted pull ups, gymnastic ring workouts and other body damaging exercises are the norm. We repair the damage with rest, balanced nutritional intake and yoga on our rest days. By repeating the process 8-12 weeks annually, our route climbing performance increases significantly. Ignoring the power training periodization process inevitably leads to performance plateaus and frustration.

We typically look forward to our return to the punishment phase of the bouldering and training with both enthusiasm and trepidation. Zeal for a change in the routine and because we know it will help our overall climbing performance on routes, consternation due to the simple fact that we know it won’t be easy. Both body and ego will suffer. We take satisfaction in knowing that climbing, like life, is rarely easy. In order to achieve great reward from defiance of gravity, we must be willing to take risks, fail often and frequently agonize during the process. The old school adage “no pain, no gain” remains contemporary.

One might ask why it is that we would subject ourselves to this process of annual anguish. We have the ability to go pretty much anywhere and settle on a more mediocre climbing itinerary.  Keep it “fun” perhaps? The short answer is, it’s simply not in our DNA to be unexceptional. Both Maggie and I have sought perfection in our passionate pursuits throughout our existence. We’ve found that the process of incremental progression toward improved performance helps fuel our passion for life. It’s our tough love version of fun. Like yoga, Buddhist sand art, or life essentially, climbing is a completely meaningless pursuit. With our existential nihilistic understanding of life we are allowed the opportunity to create our own personal path of life’s meaning. Our version of fun just happens to be… take one step backward… gain two forward. Oh, and don’t forget the coated aspirin.

Featured photo at top of page and all photos below 📸: Zoltan Papp, No Rest Days Productions 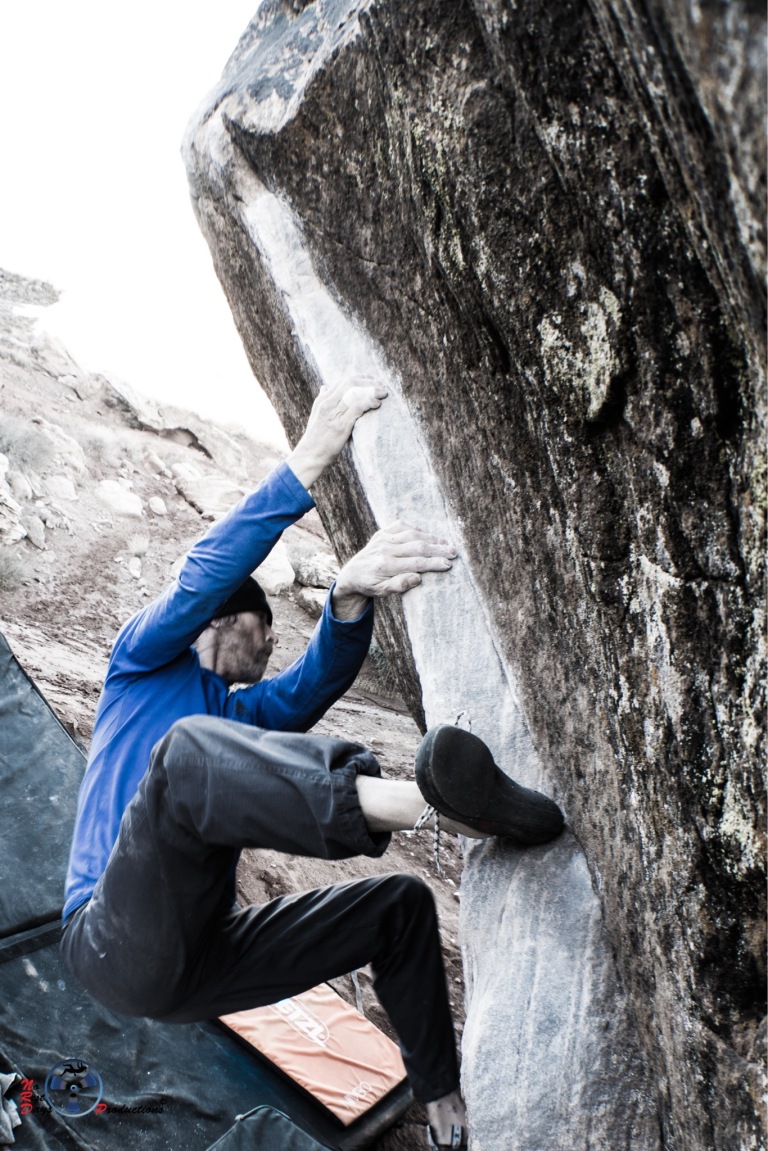 A couple things: 1. Although we’re not professional photographers, the pictures we take and use are, well, ours. Friends and readers are welcome to repost them on Facebook or other personal social media accounts, but please ask if your intention is to use them for any sort of business or product promotion outside of our established relationships. We post photos taken by others with their permission, which you should also obtain if you wish to use them. 2. The ads below show up because we’re too frugal to pay enough to make them go away. They’re not usually for anything we endorse or support.